September 20, 2019
I threw together a current meter based on the content posted here. It consists on essentially 3 components soldered on a perf board. 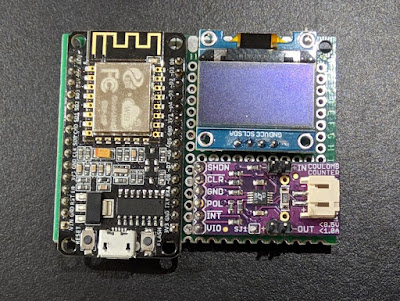 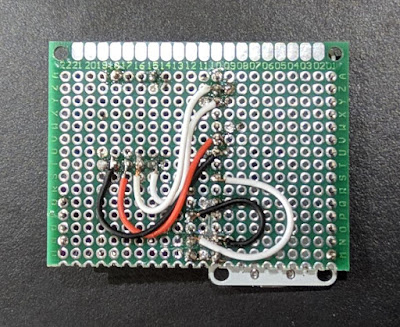 Here it is, hot-glued into a simple 3D-printed enclosure, and running: 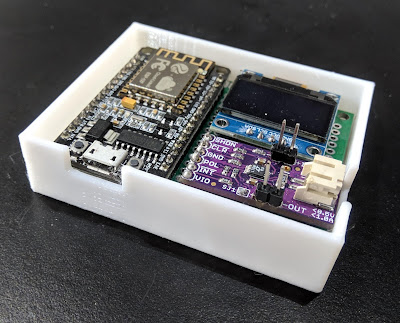 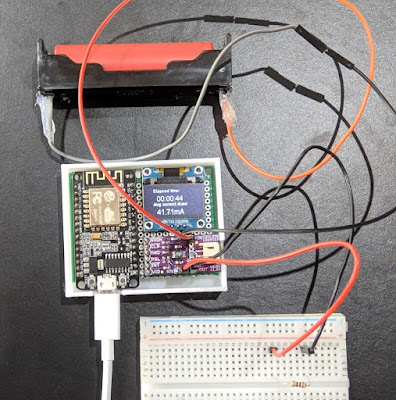 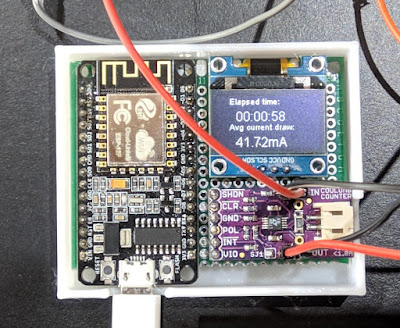 The schematic is as follows: 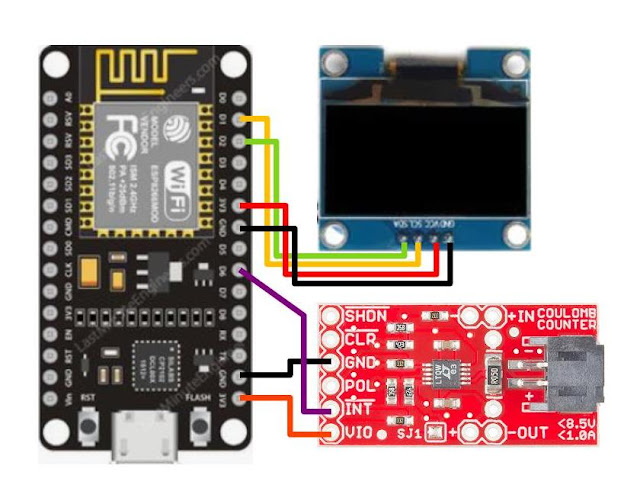 The meter is powered by the micro-USB port on the ESP-12E. I soldered header pins onto the IN and OUT terminals of the LTC-4150. The whole idea is that one could plug the source battery into the IN terminals, and plug the circuit to be tested into the OUT terminals, press the "Reset" (RST) button on the ESP-12E, and it will start measuring the average current draw of the circuit.

The current meter can be easily tested with a passive load like a 100ohm resister, which will simply display a constant current value (V/R).

But it is really more useful for testing a variable load, like the ESPCLOCK, where running the current meter for a couple of cycles will give you a pretty accurate reading of the circuit's average current draw.

The source code for the current meter can be found on GitHub.