Replacing the camera on the MJX Bugs B2W

November 24, 2018
The MJX Bugs B2W drone is great to fly. It stays relatively stable even in moderate wind, has great range, and the return-to-home function coupled with GPS means you are unlikely to lose your drone even when it goes out of range.

The onboard WIFI camera, however, is another story. I could never get it to go beyond 100m (that's paired with an iPad Air 2, which gives better range than all the smartphones I have tried). Even when it's within range, the video is both laggy and jerky.

So there's no other choice but to replace the camera with a proper 5.8GHz FPV. These were the parts I bought:

Removing the onboard camera is a pretty straightforward affair. First you remove the four blades (make sure to put them back in the same positions; there are 2 A-type blades, and 2 B-type blades, and they need to be inserted diagonally opposite each other). Then turn the drone over and remove all the screws at the bottom (lots of them!). Then remove the top body, which is connected to the main board with 2 connectors. We are left with the bottom body to play with. 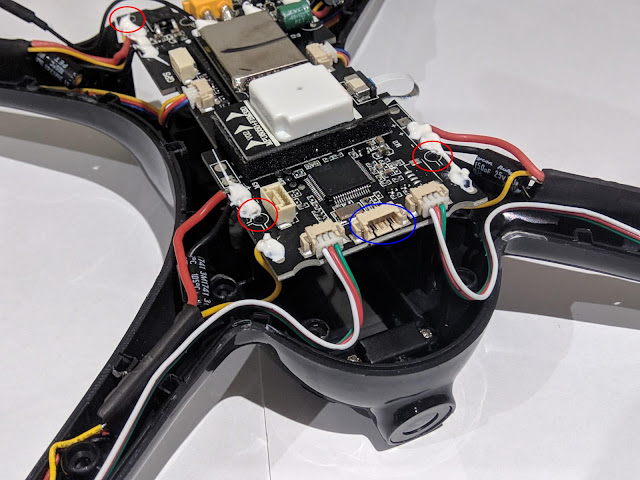 Remove the connector to the camera module (marked blue). Also remove the 4 screws to the main board (marked red) to have more room at the bottom to maneuver when adding the new camera + VTX. Once that's done, it should be relatively easy to rip out the camera module: 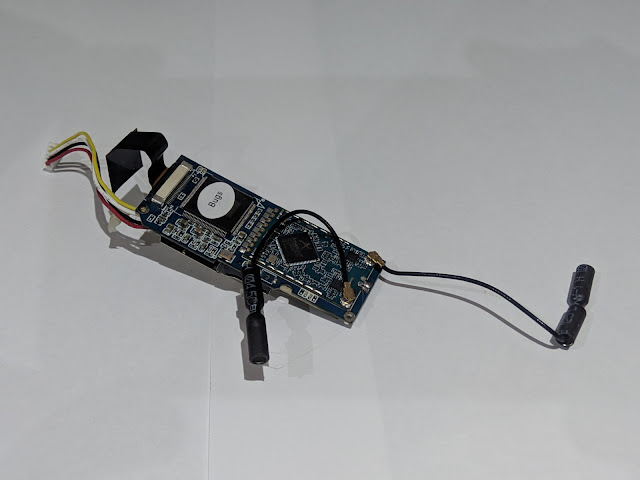 I left the camera lens itself untouched.

This is the Foxeer camera: 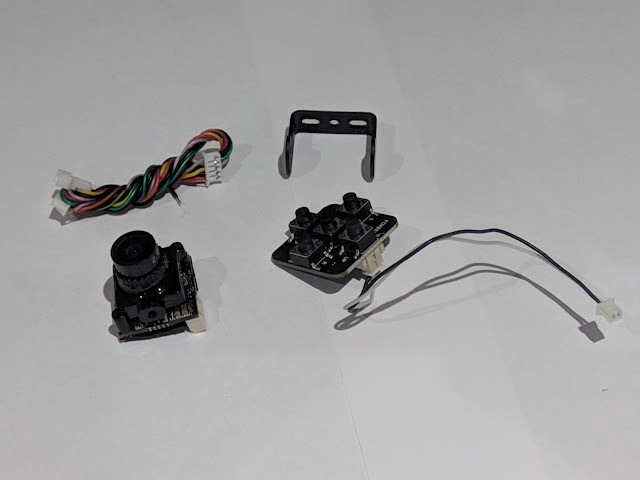 This is the Eachine VTX: 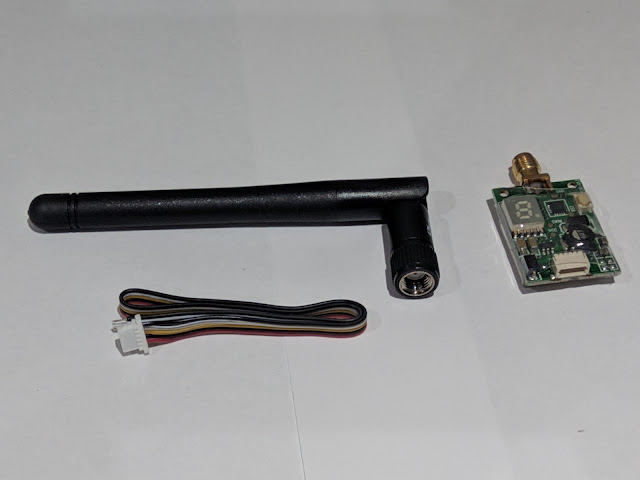 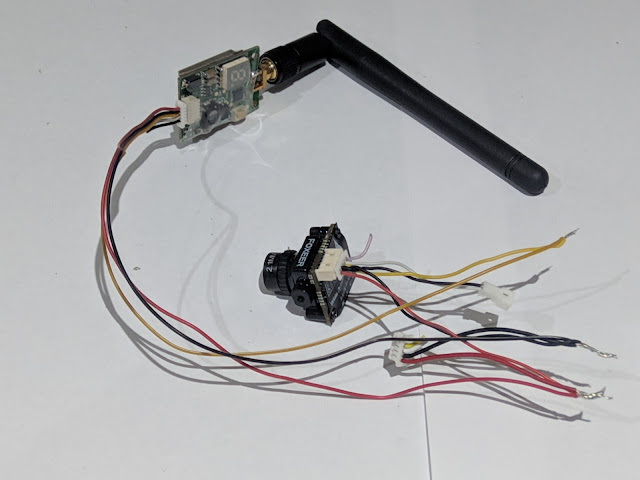 The VID (yellow wire) from the camera is hooked up to the corresponding wire on the VTX. The wires are soldered together for additional strength, then insulated with some electrical tape.

It is now possible to test the assembly by inserting the power connector from the onboard module into the main board, then powering up the drone by inserting the battery. I pretty much used the default settings on the camera and the VTX. I plugged the Eachine OTG receiver into my Android phone and ran GoFPV. After pressing the "Scan" button on the receiver and waiting for a few seconds, the camera image appears on the screen, verifying that the entire setup is working!

Now to put everything together...

I mounted the camera mount at the bottom of the drone towards the front with a single screw: 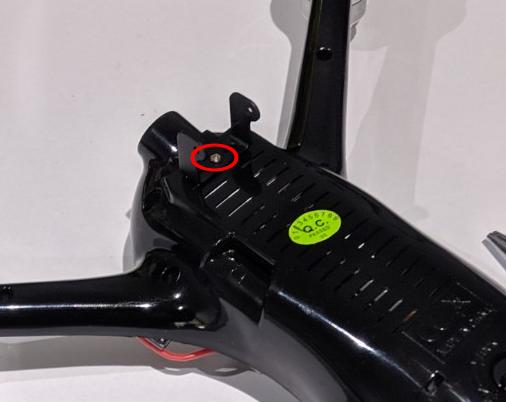 An electrical drill with a tiny drill bit helps here, and you should set the drill speed to the lowest to avoid breaking the plastic accidentally.

The camera goes into the mount: 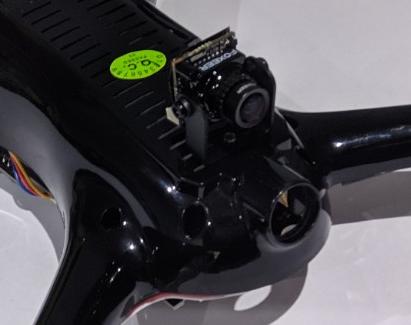 The VTX is mounted to the bottom of the drone with 2 screws: 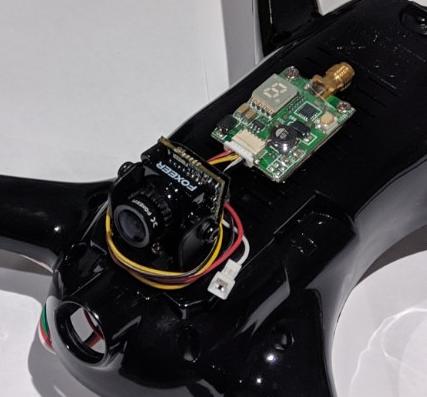 Another hole is drilled at the bottom to allow the power connector to pass through and connect to the main board: 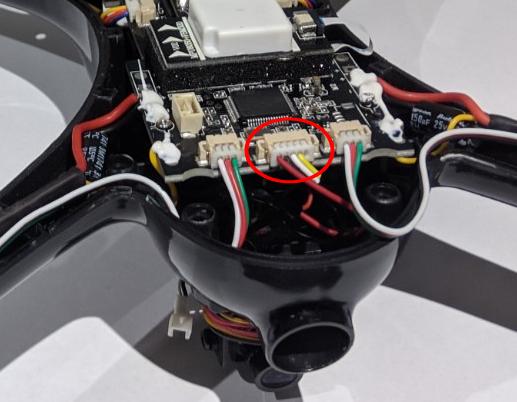 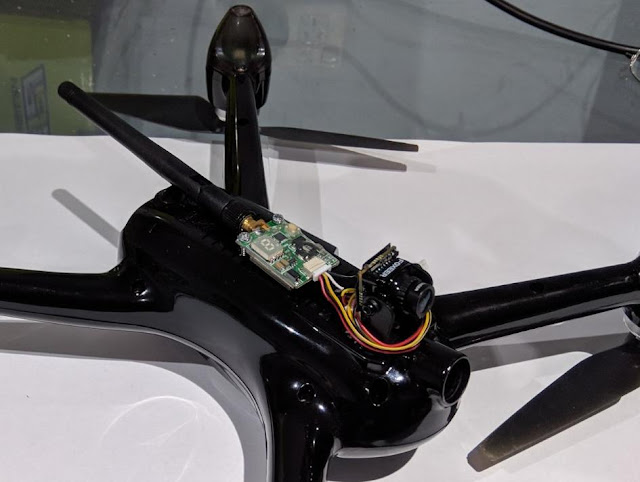 With battery inserted and powered up: 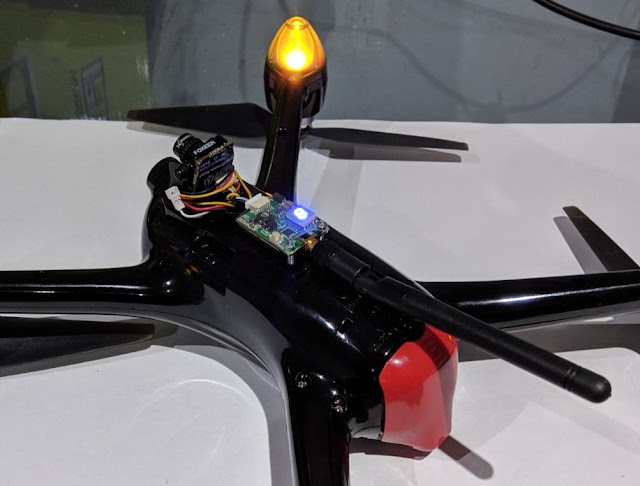 Here it is, with everything put together (with zip ties as props, until I can get better ones): 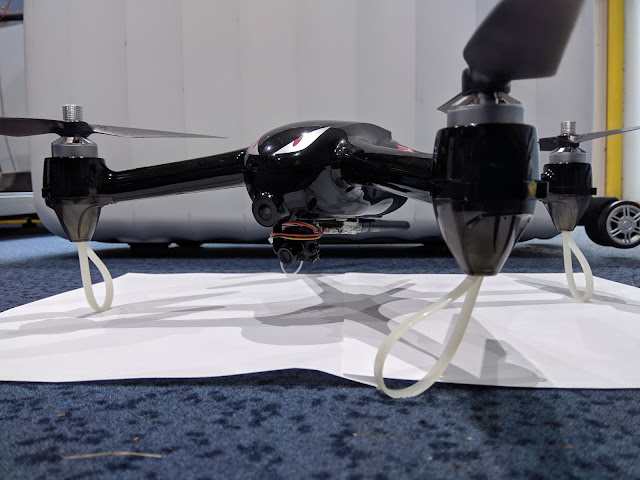