Hacking an analog clock to sync with NTP - Part 1

October 19, 2016
Inspired by this blog post detailing how to control the ticking mechanism on an analog clock with an Arduino, and having recently come across this gem of a WIFI-enabled micro-controller called ESP8266,  I decided to try and see if I can tether an analog clock to the ESP8266 and make it sync with a time server so that it is always on time (and is able to deal with daylight saving as well).

Not being much of a hardware geek myself, I opted to get the dev board for the ESP8266, the ESP-12E. That way, I can connect it straightaway with my laptop via a USB cable and start coding right away. Cost: ~$6. 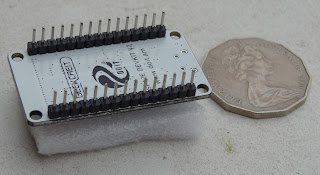 Note: What I received turns out to be the ESP-12F, which appears to be virtually identical to ESP-12E.

For the analog clock, I chose to use the $2 RUSCH wall clock from Ikea. Now this is a cheap and nasty clock, made using the cheapest possible material. The second hand doesn't even line up with some of the tick marks as it makes its rounds. But cheap is good for experimentation, and an Ikea clock is useful as a reference point since everyone has access to Ikea. 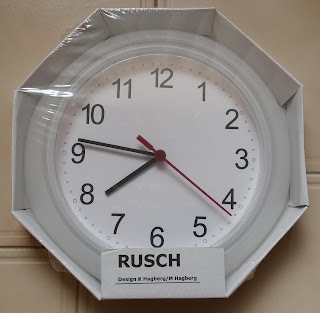