Hacking an analog clock to sync with NTP - Part 2

October 20, 2016
Since I am more familiar with C/C++, it makes sense for me to use the Arduino IDE (rather than Lua, the other alternative).

Everything was surprisingly easy to setup. I first installed the Arduino IDE, Then I followed the instructions here to setup the board manager within the IDE. I really wanted to base the WiFi configuration part of the project on WiFi Manager, so I added that to the IDE using the library manager. 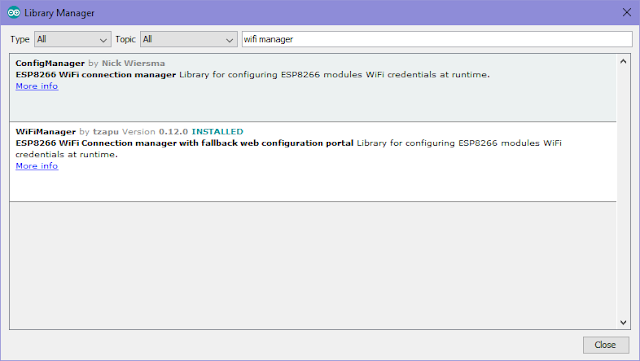 I also setup the board type under "Tools". There is no entry for ESP-12F, so I went with the ESP-12E since the two should be virtually identical as mentioned previously.

With all the setup done, I went with the simplest possible WiFi Manager sample code, which looks like this:


Then I click on "Sketch, Upload" and let the magic happen... 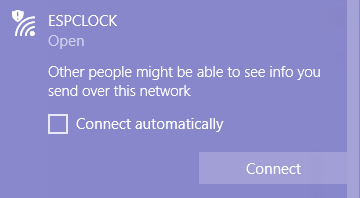 Connecting to it automagically brings me to the front page of the captive portal. 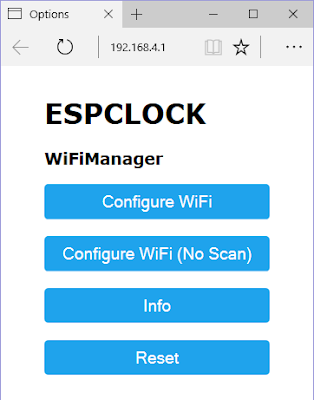