July 26, 2018
I recently purchased the MJX Bugs B2W drone, and had a lot of difficulty connecting to the onboard 5GHz WIFI camera from the Bugs Go app. I finally figured out the solution, and it was totally unexpected, so I thought I'd share it here for anyone faced with the same issue.

I am using the Redmi Note 4 to connect, and that phone supported 5GHz WIFI, so I had no problem connecting to the drone hotspot. But when I launched the Bugs Go app, I keep getting the "Aircraft not connected" message. I tried a couple of stuff, including resetting the 5GHz channel used by the drone (by pressing on the "Camera" button on the remote controller for about 8 seconds, until you hear 3 beeps). Nothing worked.

Then I realized when I connect to the drone hotspot and run Bugs Go, I see this message: 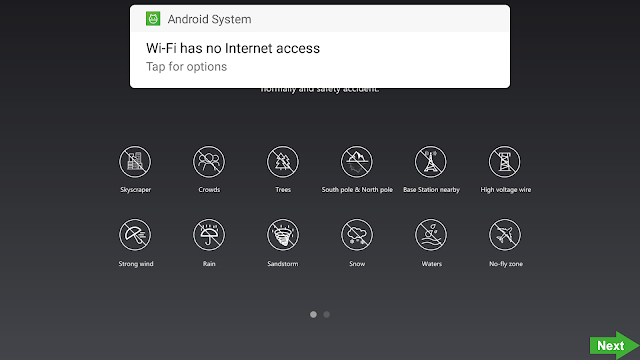 It didn't occur to me initally to tap on the message, because I already knew the drone hotspot had no Internet acess. So out of desperation, I tapped on the message: 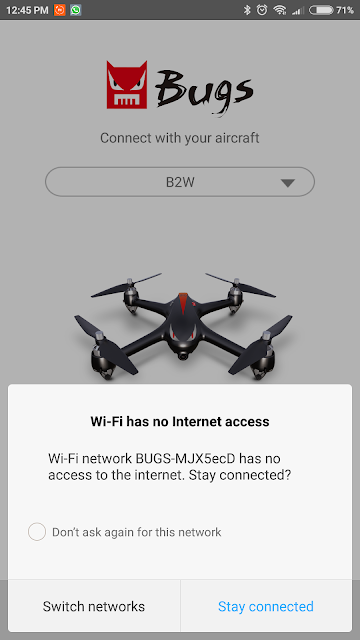 By selecting "Stay connected", Bugs Go was immediately able to connect to the drone and started streaming the live video feed from the camera.