The subject of this analysis is the $2 Ikea Stomma wall clock. Unlike the Rusch wall clock that had been the object of my experimentation all along, this clock uses a sweeping clock mechanism, which means the second hand appears to move continuously instead of every second. This also means it is quieter and does not produce the familiar tick-tock sound.

Note: Both clocks appear to have been discontinued at the time of writing. There is only one $2 clock on sale at their website now, which is the Tromma clock. I don't particularly like this clock, because the second hand is missing, which makes it difficult to tell if the clock is working at any instant.

The hacking process of the Stomma clock is quite similar to that of the Rusch clock, so no suprises there. 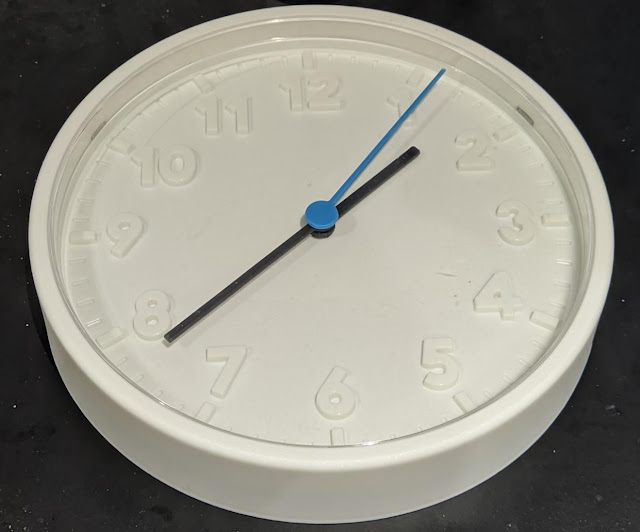 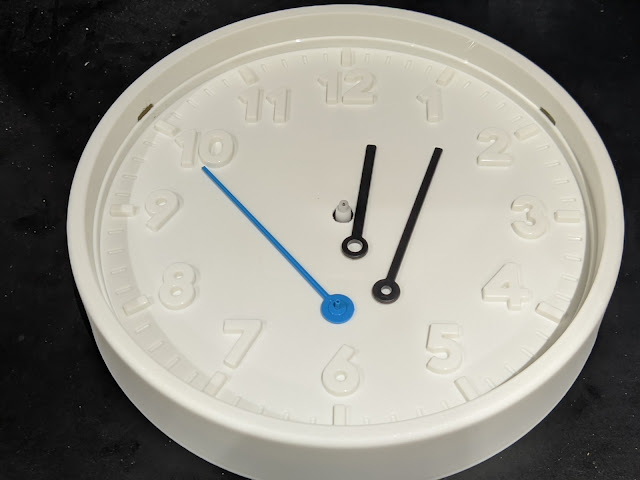 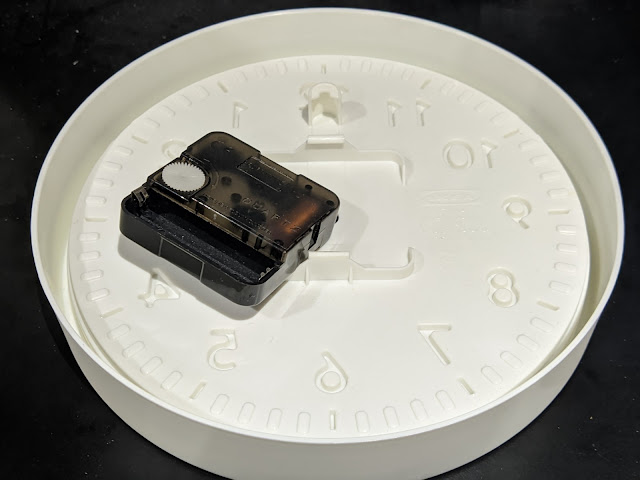 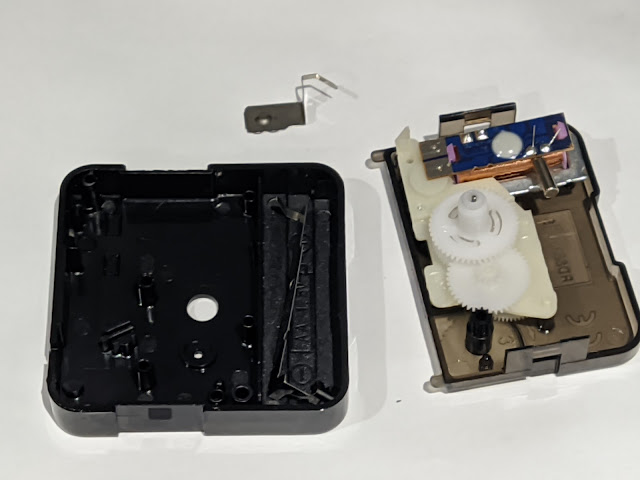 Open up clock mechanism. As before, keep the spindle side up helps keep the gear formation in one piece. 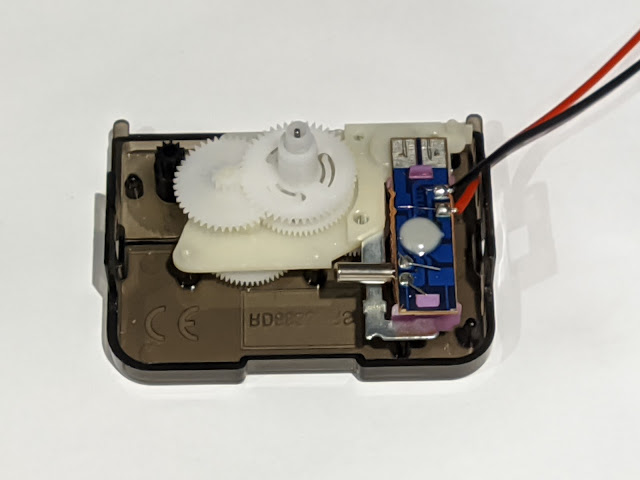 Solder 2 wires to the solder points where the thin coil wires is connected to the circuit board. I am using a 2-pin JST connector here. 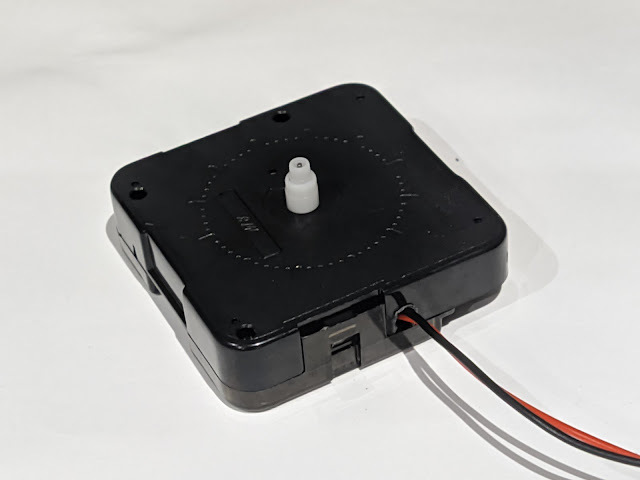 Reassemble the clock mechanism. As before, I use the soldering iron to create a small hole at the side so that the wires can exit.

I inserted a AA battery into the clock mechanism and hooked up the wires that were just installed to a logic analyzer to check out the signal produced.

So basically, for each second, 16 pulses (each 32ms long) are produced, 8 pulses for each tick pin. They alternate at 62.5ms intervals (62.5ms x 16 = 1 second). So I think there is an extra 1/16 gear added to the clock mechanism, and each pulse moves the second hand by 1/16 of a second. However, I suspect the trade-off is higher power draw, because the pulse width is similar in the 2 mechanisms, so the power draw should be 16x for the sweeping mechanism.
To test this out, I connected the clock to the ESPCLOCK3 circuitry, and wrote a simple ATtiny85 sketch to drive the clock. The observations are as follows:
So it would not be practical to drive a sweeping clock using ESPCLOCK3 primarily because the fastforward rate is too low. If we are a few hours off, it will take forever to catch up. Also, due to the higher 10x power draw, the clock will last only weeks instead of months.
ESPCLOCK1 / ESPCLOCK2 / ESPCLOCK3 / ESPCLOCK4